I thought it would be interesting to share with you today a case study of some ads I started running for my Sociallution Facebook page.

Although this is the first Facebook ad campaign I have used on my Sociallution page I am pretty familiar with how the Facebook ad platform works from using it to promote my other Facebook pages and those of the clients I deal with.

Firstly, I wanted to keep the targeting of this campaign pretty narrow to start with to see how the ads performed before expanding the number of people exposed to them in the future. I also wanted to keep down my daily ad cost while testing out various ad image types.

Secondly, I needed to know who my target audience was going to be for this ad campaign and what my objective was that I wanted that audience to do when seeing my advert.

To build my target audience I asked myself the following questions:

So for this initial campaign I was looking to target male small business owners in the United States and Canada who were interested in Social Media and are looking for help with improving their Facebook marketing.

There is a lot more I could do with precise interests in Facebook beyond just people who like social media to really target the right type of users I want to attract to my Facebook page and I will be covering that in future posts.

As you can see from the image below I targeted men between the ages of 30 – 35. I chose this age group because I felt they would want to embrace social media marketing but might not be as tech savvy as younger small business owners who have grown up more with computers and embraced social media. However, I will be targeting other age groups in future campaigns.

I kept other settings such as Interested in, Relationship Status and Education as default.

After I had entered my demographic settings I was left with a potential audience of 580,000 people.

Now, what I am looking to do is focus on the image used in these Facebook ads and change that variable but keep everything else about the ad the same so I can see what image gets the best click through rate and generates the mosts likes – the objective of my campaign.

Here are the images I am using in this Campaign:

The reason I chose a smiling woman in front of laptop is because it has been proven that a happy people (especially women) who are looking right at the camera garner the best engagement.

I picked a smiling woman with a computer to try and tie it in with the idea of online marketing. The graph on the left is supposed to suggest rising statistics.

I included a small amount of text describing what my page is about that stayed within the 20 percent Facebook advertising rule.

I also included my pages logo to make the link between the ad and the viewer landing on my page more seamless.

Ideally, going forward, I will use an image that doesn’t scream ‘stock photo’ like this one does. I will be looking to incorporate a more candid image of a smiling woman in future ads.

I created this advert through Canva, which I highly recommend as a great way to create quick, eye catching adverts if you don’t have much in the way of design skills (like me).

In this image I kept everything the same except adding a small red border around the image. I did this to try and present more of a contrast between the blues and whites of Facebook and my image. I am trying to draw more eyeballs towards my ad.

In this image I have removed the border but included a clear call to action button on the bottom right of the image along with an arrow to draw the eye to it. Telling people what you want them to do on Social media platforms is always a good idea.

In this ad image I kept the call to action and added a small black border along with a drop shadow. Again, this is to try and make the image stand out more from the news feed.

Waiting For The Results

I submitted all these ad images earlier today and they have been approved. I will be letting this campaign run for two or three days before delving into the Facebook ad reports to understand how it has performed and which image worked the best.

I will then take the best performing image and change the text used with on the advert to see if I can improve the performance further.

Which Do You Think Will Work The Best?

Which of these images do you think will perform the best? Do you split test your own images and other variables when it comes to Facebook ads?

Let me know in the comments or head to part 2 to learn the results.

I believe that social media marketing doesn't have to be complicated, that anybody can do it and see results from it without spending massive amounts of time micro managing it.

Thinking about starting your own podcast? We spoke with podcast experts @boagworld @ccarthy & @TheDailyTS for all t… https://t.co/MD555XrcNM
3 days ago

Pick up the basics of @Illustrator with instructor extraordinaire @danlovesadobe of @tutsplus… https://t.co/KYkVETqmfm
7 days ago

Well color me happy! Missed our color trends article? Get ready to brighten things up with our round up video:… https://t.co/4gbzlvBkqY
19 days ago 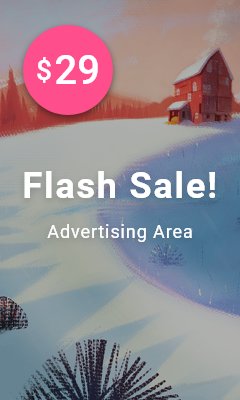